How does an emergency stop button work?

1. What is an emergency stop button switch?

The following requirements are specified in the European standard: EN 418 and international standard: ISO13850. An emergency stop switch must be highly visible in color, label and shape to operate easily in emergency situations. So the button must be red mushroom head with symbol of arrow, EMERGENCY or STOP. The common sizes of mushroom head are 29mm, 30mm, 40mm or 60mm.

The direct operation mechanism must be set on the NC contact and have the self-holding function. It needs a twist, pull, or key to release electrical contacts to allow machinery restart.

2. What is function of an emergency stop button switch?

An emergency stop switch is a safety mechanism used to shut off machinery in an emergency, when it cannot be shut down in the usual manner.

The purpose of an emergency push button is to stop the machinery quickly when there is a risk of injury or the workflow requires stopping. It is intended to avert harm or to reduce existing hazards to people, machinery, or working, so people also says safety push button switch or push button safety switches.

3. How does an emergency stop button switch work?

4. How many types is the emergency stop switch? 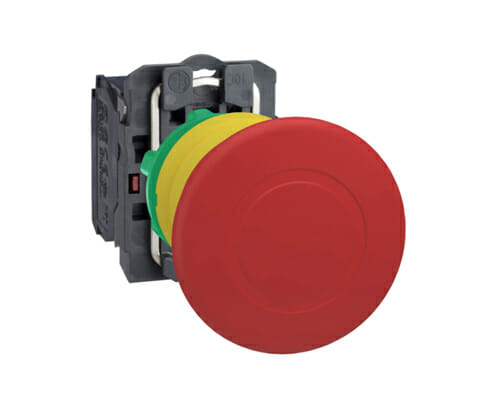 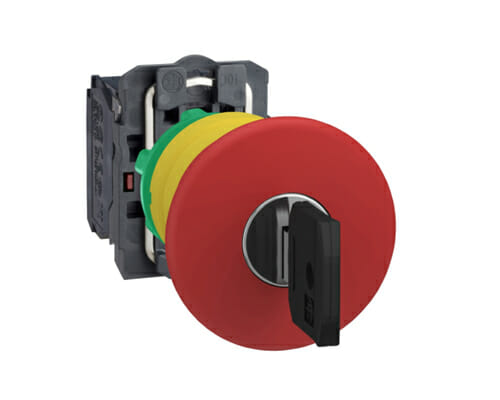 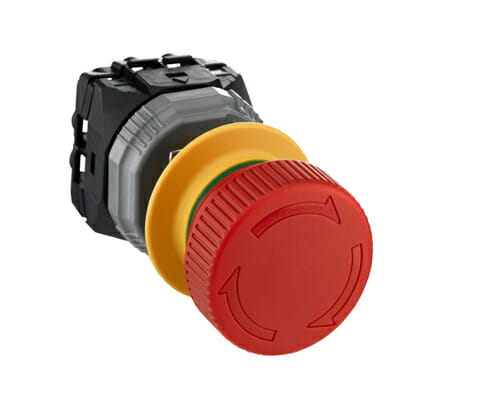 5. Where are the emergency stop button switch used?

The emergency stop push buttons can be found in any industry including industrial, commercial and public facilities. They are required to be clearly visible to anyone that is required to use them. It is also possible to have several emergency stop buttons on one machine depending on what part of the machine has to be stopped. For example, elevator, packaging machine, lift equipment.

6. Do all machines require an emergency stop button?

Base on the requires of regulations and standard in different countries or industries , machines equipments may or may not be required to have an emergency stop system. Also said that, the basic level standards does not require that machine emergency must have emergency stop systems. First, before designing a set of machines, a risk assessment of the machine must be carried out. After completing the risk assessment of a machine (or a part of it) and determining its hazard level, a series of measures must be taken to reduce the risk. According to the European machine safety standard EN954-1, the hazard levels are divided into five levels: B, 1, 2, 3, and 4, with the hazard levels increasing sequentially, and level 4 is the highest hazard level. The design of the safety control circuit must also meet the required safety level, so the safety level of the control circuit is also divided into B, 1, 2, 3, 4, a total of five levels. (Extended learning: About the classification of safety control circuits )

7. Why would an emergency stop button have a mushroom head?

According to IEC standards and industrial safety requirements, the emergency stop button must be safe, reliable and convenient for operators to operate by one hand. Mushroom head is the best choice.

8. What are the difference between push button and emergency stop button switch?

An e-stop button must is highly visible in color and shape, it is easy to operate in emergency situations. The following requirements are specified in the European Standard EN 418 and International Standard ISO13850.

-The actuator must be a mushroom head design or something equally easy to use.

-The actuator cap must be red and the background must be yellow.

-A direct opening mechanism must be installed on the NC contact. (Extended learning: Why is it safer to use normally closed contacts for emergency stop buttons?)

-There must be a self-holding function.

5 Facts About Touch Switches
Electrical switches play an integral role in the function of countless electronic devices. From computers and smartphones to la... 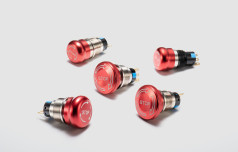 Capacitive Switches: 5 Things You Nee...
Not all switches use a mechanical method of operation. Some of them use electricity to determine when to open or close a circui...

An Introduction to Capacitive Switch:...